When Jordan took over the maintenance department, he knew the company needed to move toward a more proactive system, so he tried out UpKeep.

The maintenance team at McCormick’s facility that handled the Gourmet Garden product line was nearly always in reactive maintenance mode. Requests were handled through phone calls and emails, while no information was recorded. “We were just like firefighting every day,” said Jordan Weber, UpKeep administrator. In addition, much of the plant’s equipment was custom-built or retrofitted, which meant that replacement parts were difficult to obtain. When machinery went down, production lines were affected for weeks.

When Jordan took over the maintenance department, he knew the company needed to move toward a more proactive system. McCormick had purchased another software solution, but when Jordan tried to implement it, he found it was too complex for the staff to use. He learned about UpKeep’s mobile-first solution through another McCormick facility in Melbourne that had already implemented it.

“Once our team began to use UpKeep in the first month, we saw email communications drop by 90 percent. Requesters are now entering good information, and our accountability and traceability has improved so much. It's sort of hard to picture our life without it now." – Jordan Weber, UpKeep administrator 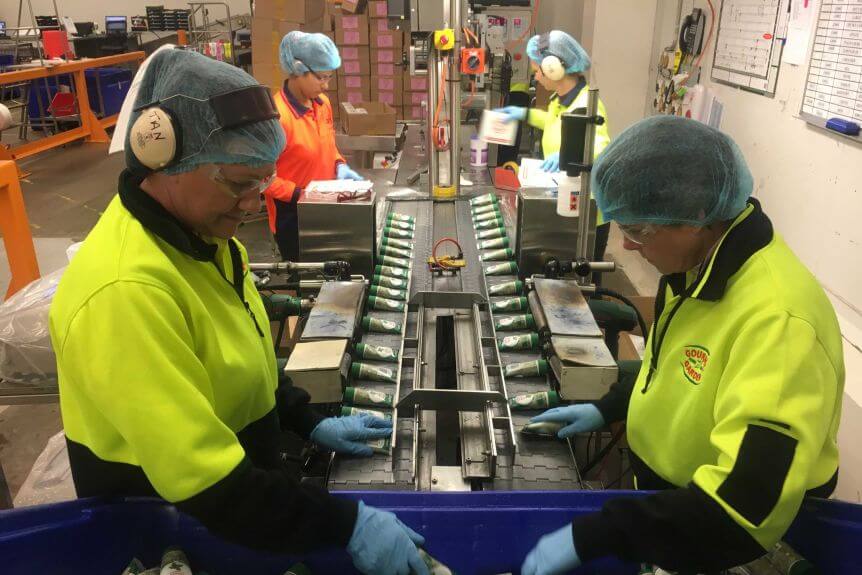 The production line in action at McCormick. Image Source

Specialized equipment downtime can cost upwards of $2.4 million in losses

McCormick operates many pieces of machinery that are either custom-built, or retrofitted from another use. As a result, it can be difficult to quickly source machinery replacement parts. Sometimes, the parts that need to be custom-made can take up to three months to replace, which impacts the entire company's bottom-line.

Jordan shares one example of a packaging machine failure that severely impacted the business, before using UpKeep. For six days per week and 18 hours per day, the team relied on a production machine that was custom-built specifically for McCormick. Now, the machine is past its warranty date and is beginning to break, due to heavy use and a lack of regular inspections. In response, the maintenance team retrofitted an old yogurt machine as a backup. However, the backup machine is much slower, as Jordan explains, "The original machine can run 64,000 containers per day. When it breaks and we’re waiting for parts for up to 12 weeks, the slower machine can only handle 54,000 per day. When you consider those containers resell at $4 each, we lose $40,000 per day while our main machine is down."

In other words, if the custom-built machine is down for 60 business days (12 weeks), McCormick would lose upwards of $2.4 million worth of containers, just from waiting on the proper parts to arrive.

Jordan uses UpKeep to better anticipate replacement part needs and prevent time-lags in the production line. By scrolling through the parts tab on his phone, Jordan sees exactly the status of all parts. Jordan can tell his 10 technicians on the line to stock those parts before the machine requires them, as well as reduce overall downtime. By using UpKeep, Jordan and the maintenance technicians at McCormick know the whereabouts and needs of all machinery parts, preventing significant production losses. UpKeep provides Jordan the tools to implement a preventive maintenance program at McCormick, improving overall equipment effectiveness and reliability.

Although McCormick knew it needed to change the way it was handling maintenance work, one of the key drivers was the required yearly audit.

“Every 12 months we'd have a massive audit,” Jordan explained. “The audit team would want schedules and things like that, and we didn't have any of it. We originally needed a system like UpKeep to help us get through the audits, but then we wondered why we weren't doing this for ourselves. All other departments had KPIs and targets for each individual. We never had any of that because we were so reactive.” Previously, Jordan's team did not have documentation of work order history, which made it difficult to report when audits came around.

However, Jordan, as well as two other admins, can now able to scroll through the work order history tab in UpKeep. They love the increased traceability of every job and accountability of assigned work orders. Audits are made easy with a system in place that keeps tabs on all previous machinery inspection and fixes.

Since important information was not written down or recorded before Jordan implemented UpKeep, the responsibility was on team members to remember all plant knowledge and work order history. A lack of written record resulted in confusion, causing many unnecessary phone calls and questions, as well as inconsistent and incomplete knowledge transference between teams.

“Before, if someone asked about a previous job, the answer would be, ‘I don't remember that job. It was a long time ago.’ Now, I can see the history by doing a search on UpKeep,” Jordan explained.

Technicians no longer rely on word-of-mouth communication to implement fixes. Now, they simply scroll through UpKeep on an iPad and know exactly the status of work orders and what needs to be done for the day.

In addition, lost labor productivity is significant when a line goes down. “Although the parts cost is significant, the bigger issue is lost labor,” Jordan added. “If one of our lines goes down for two hours, that costs us $18,000 just in terms of people standing around with nothing to do.” 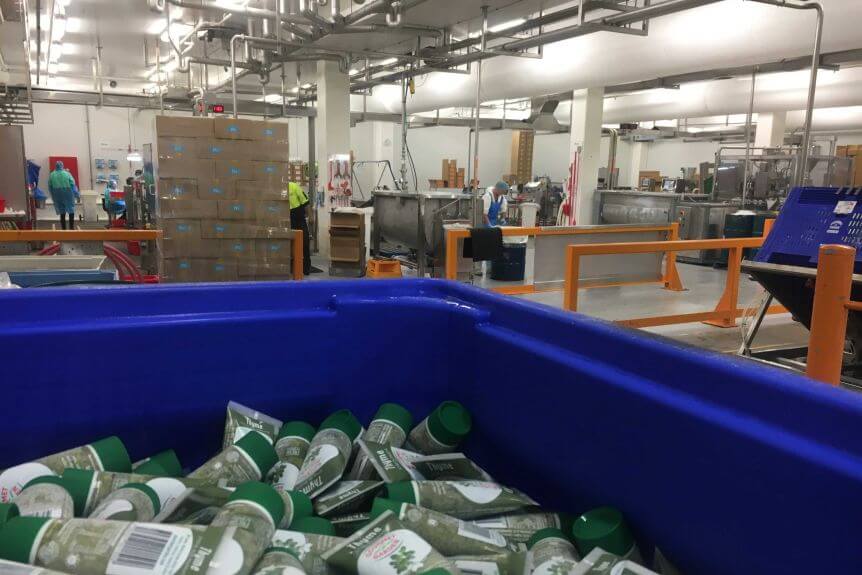 Although McCormick is still in the early stages of implementation, Jordan says the time savings for himself and his boss are already apparent.

“UpKeep has already saved my boss and I a lot of time because our email has gone down by 90 percent,” Jordan explained. “Now, everyone is entering information directly into the system. I used to be busy all day, put in overtime, and not get everything done. Now I can stay busy for 8 hours but get the required work done plus some extra projects. I can also access the system from home to assign work orders on the night shift."

“In the past, I also spent time walking around to see what people wanted to fix in order to approve or decline requests,” he added. “Now, I can simply look at photos uploaded onto UpKeep's work orders and make that determination.” Jordan can open UpKeep from anywhere and access information instantly.

According to Jordan, rollout, and implementation was smooth. After spending a few weeks setting up the system, Jordan said it took about a month to get everyone used to using UpKeep. Requesters, which include shift leaders and technical staff, are now entering complete, quality data in the work requests. Many others in the company have view-only access, so they can check progress on their own time.

Reduced reactive maintenance up to 60%

“We weren’t tracking anything before,” Jordan said. “Now, we’re tracking how many work orders come in and how much wrench time is spent on them. Our first goal is to reduce reactive maintenance to no more than 60 percent. We’ve hit that a few times in past months and expect that to continue.”

When asked whether he would recommend UpKeep to others in the industry, Jordan responds without hesitation. He shares, "Yeah, this is a no brainer. You should be using UpKeep instead of other software. Especially because UpKeep is so easy to use. Before, a lot of things were getting lost in translation and forgotten about. I would definitely recommend UpKeep to anybody." 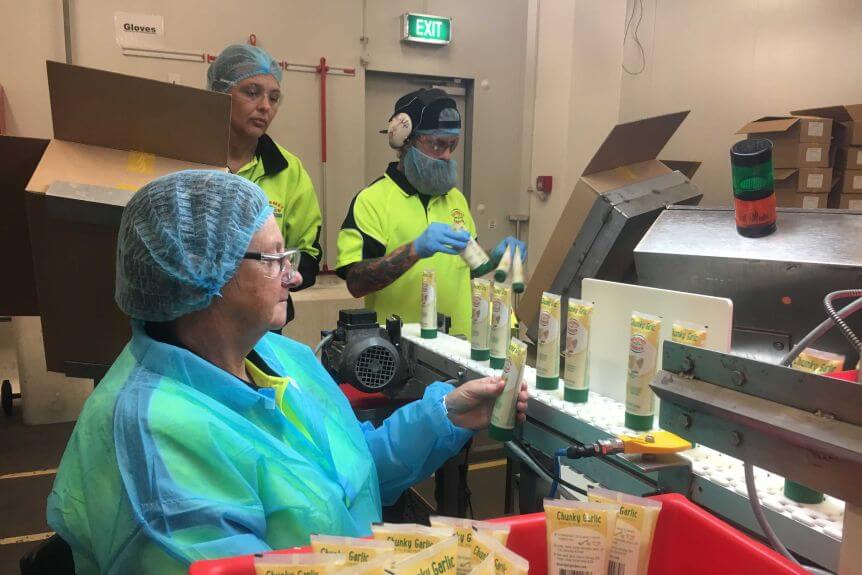